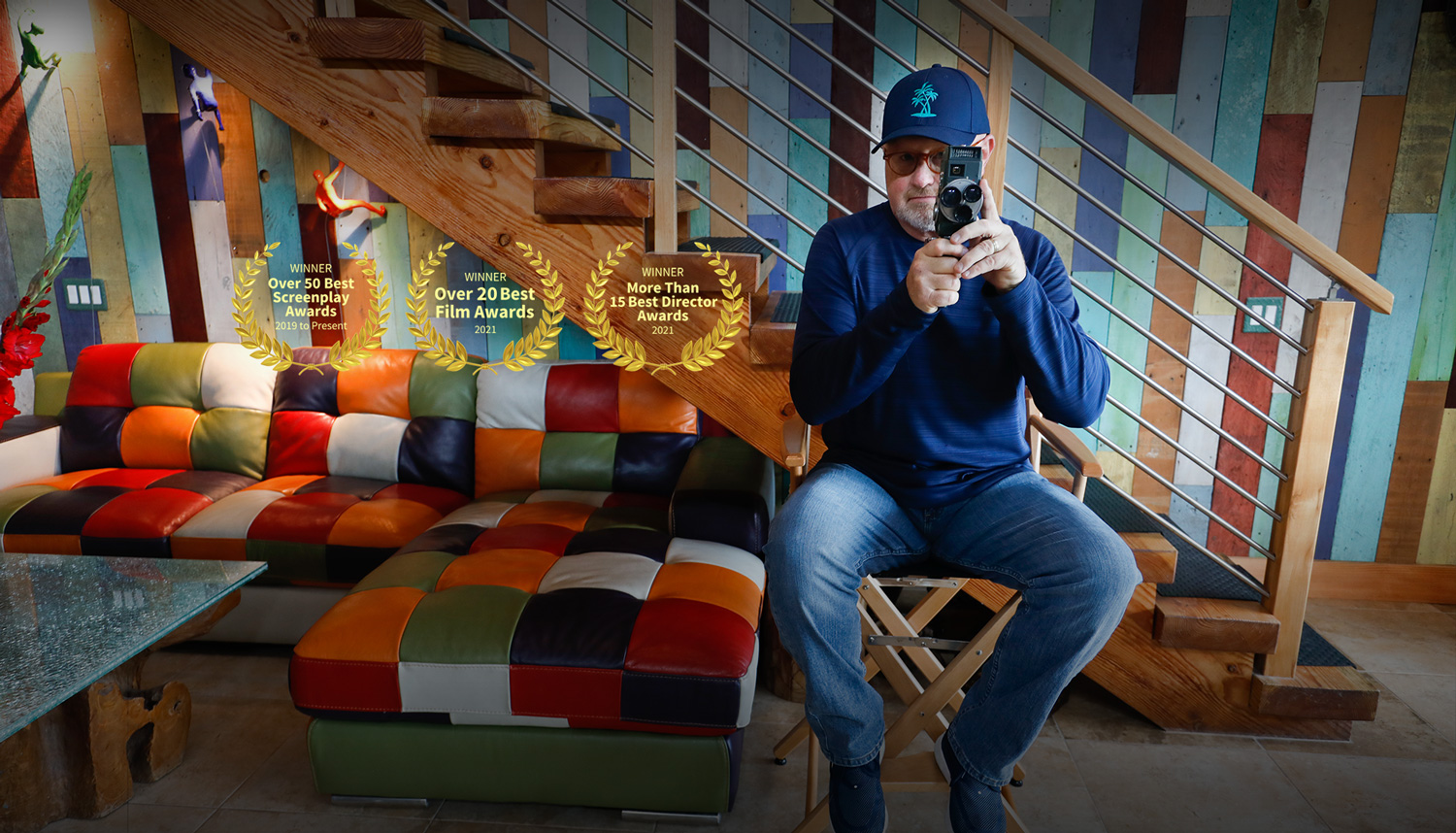 Michael William Hogan was a Midwest-born corporate executive-type until one day he awakened to realize that he was working for all the wrong reasons. And all the wrong people.

Alarmed but enlightened, Michael thought about checking himself into one of those outrageously expensive facilities in the hills above Malibu but discovered that none offered corporate executive-typectomies. Undeterred, he bought a tattered volume of Mid-Life Crisis Management for Dummies at a used bookstore in Brentwood only to get home and discover the chapter on transitioning from hell to heaven had been torn out. Left with only self-reliance, Michael rewired his grey matter to finally pursue what matters: happiness, creativity, screenwriting, filmmaking. Unable to fully abandon his entrepreneurial side, he also launched a production company, Motu Productions.

In the time since—and somehow without the help of artificial intelligence or an MFA in Writing for Screen & Television—multiple short and feature scripts began to accumulate on Michael’s hard drive. The quality of his writing has been validated by the accumulation of dozens of screenwriting competition awards, including over 180 in 2020/2021; of which 47 were outright “Best Screenplay” wins. Yet, like a cure for cancer or a permanent eradicator of fat cells, he remains “undiscovered”.

Michael continues his quest to prove his value as a writer and filmmaker. With an objective of finding homes or collaborators for his many feature screenplays, he decided to direct a ‘calling card’ film from one of his short scripts. “Breaking & Entering”, a provocative and edgy drama based on the script that garnered 23 “Best Short Screenplay” awards, was shot in January 2021 and entered the festival circuit in July. In the short time since, “B&E” has won more than 15 “Best” short film awards; Michael has taken home over a dozen “Best Director” awards; and lead actress, Kiri Hartig, has accumulated over 20 “Best Actress” awards.

Not resting on these laurels, Michael is well-grounded in the knowledge that true rewards will come from continued hard work and pursuit of script and film perfection. Oh, and finding homes and/or collaborators for his feature screenplays. That too.