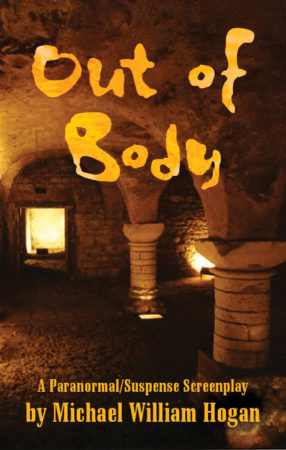 GENRE: Paranormal/Suspense
TYPE: Feature Screenplay
LOGLINE: A young man sneaks into his eccentric uncle’s mansion in spirit form in a desperate attempt to secure an inheritance.
NO. PAGES: 91

Orphaned at a young age, Marty Bartholomew was raised by his eccentric and wealthy uncle Richard only to suffer loneliness and neglect while uncle traveled the world on safaris and expeditions. Now in his 20’s and with a passion for animal welfare, Marty rebels against his uncle’s wishes, drops out of college and uses his ‘allowance’ to start an animal shelter. But struggling to pay the bills and dealing with girlfriend Anna who loves to shop on his dime, Marty is devastated when aging and ill Uncle Richard cuts off funding for the shelter and threatens to disinherit him if he doesn’t return to anthropology studies at the university.

Following a heated meeting with ‘Uncle’, Marty performs a seemingly menial task of incinerating some of Richard’s old files and discovers a research journal titled, “Extricating One’s Spirit from One’s Flesh”.  Studying the journal becomes an escape from his troubles and the escape becomes an obsession. Sequestered in his apartment, Marty learns to astral project; his spiritual body separating from and traveling outside of his physical body.

With Uncle Richard on his death bed and desperation mounting to save his shelter, Marty seeks the help of Anna and longtime best friend Chase. Each driven by their own need for money, they craft a plot to break into Richard’s mansion in spiritual form to secure Marty’s inheritance and save the shelter. And they must succeed before Richard passes.

During the creepy chaos that ensues everyone’s life is endangered and only one of the three will make it out of Richard’s mansion alive.  Along the way, Marty learns that his discovery of the old journal was not as serendipitous as it seemed and Uncle Richard was not who he claimed to be through the years.

In the end, Marty is faced with a horrendous choice that could leave him spending eternity…out of body.